Yesterday was a beautiful, sunny day and my friend and went to visit Villa Medici in Rome since they were having an open day free tour visit of part of the building. As soon as we arrived in front of the building we realized that there would be at least a 40-minute-wait, so we got in line and waited for our turn.

Thankfully it was a very warm day and the waiting wasn’t bad at all, so when we arrived in front of the desk where two staff members were giving out the tickets, we were finally divided into a group of 25 and were ready to start our partial tour. We were able to visit part of the gardens and what we saw was a beautiful, planned Italian style garden. Our tour guide told us that an Italian garden is basically an all-green patch of land, with trees and nature taking over the garden. Basically, Mother Nature does all the work.

The tour guide told us a bit about the history of the villa, how it was created and how it became a French academy.

Ferdinando de’ Medici (1549-1609), who became Cardinal at 13, asked the Florentine architect Ammannati to build a palace worth the prestige of the Medici family. Ferdinando conceived his Villa representing a museum. He added a gallery where he presented his collection of antique masterpieces. He inserted in the facade a series of antique bas-reliefs. Even the garden was designed in the same spirit of staging, like the botanic gardens of Pisa and Florence designed by his father several years before. Numerous rare species were gathered there, amongst antique statues.

After 1803, there was a radical change in the function of Villa Medici: from private «Palazzo», secondary residence of the Medici family, it became the seat of an Academy destined to lodge twenty-odd young French artists who were going to live and work there in a community of ideas and talents. The first two Directors of the French Academy at Villa Medici – Joseph Benoit Suvée and Guillaume Guillon-Lethière– implemented alterations to the structure in order to adapt the site of the Academy to its new task. It became necessary to design lodgings for the artists and install vast studios, particularly for sculptors and painters.

At the end of the tour we were invited to come visit the Villa again for a longer and more thorough look, which would include a tour of the inside of the building as well. Overall it was a very well organized tour and I am definitely going back! 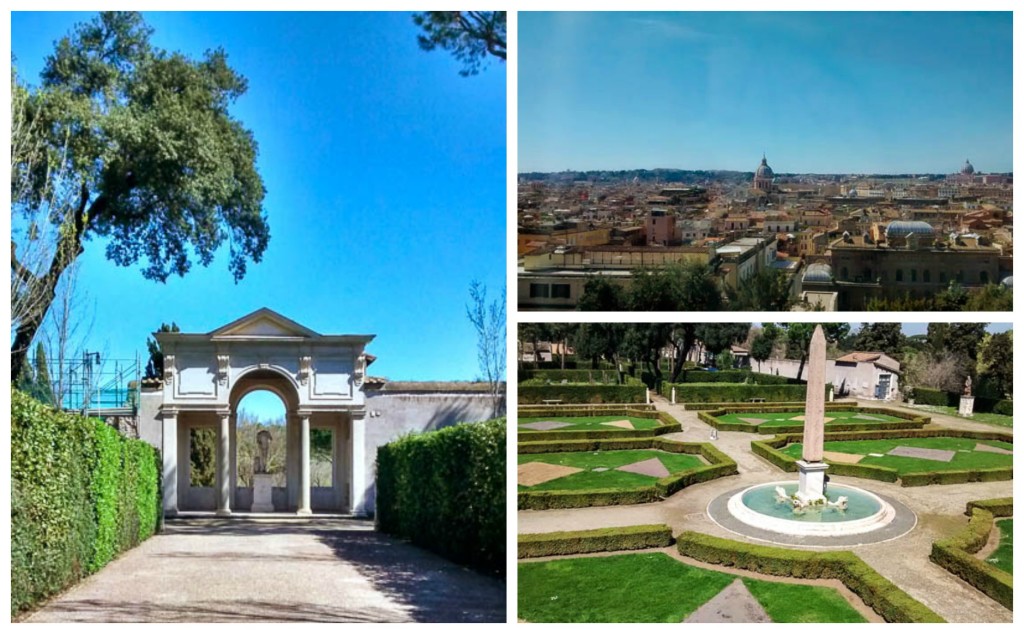 Sundays with the gang! ❤️ We’re back trying