Shoes were the highlight of the evening during the Give from the Sole charity event that took place in many different Holt Renfrew stores located all around Canada.

By buying a pair of shoes from Holt Renfrew, the customers left behind the shoeboxes their shoes came in and HR filled them with products and supplies for women living in shelters.

The goal of Give from the Sole is to raise money for the Shoebox Project for Shelters, a charity organization founded in 2011 by four sisters-in-law, Caroline Mulroney Lapham and Jessica, Vanessa and Katy Mulroney, who were looking for a way to give back to their community.

They started the project by filling shoeboxes with different products they thought a woman might need and then gifted them to women in shelters as a way to brighten their days. The four sisters-in-law asked their friends to join and donate a shoebox and since then they have been spreading the love and donating shoeboxes to shelters around Canada and the United States. 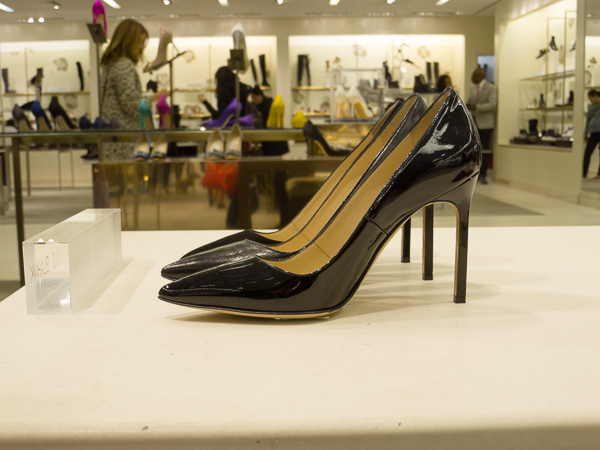 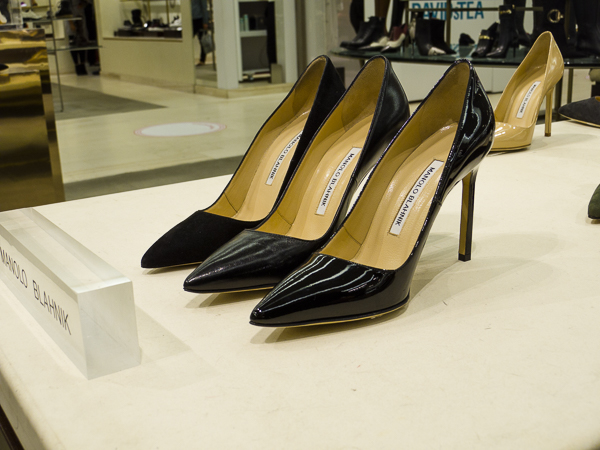 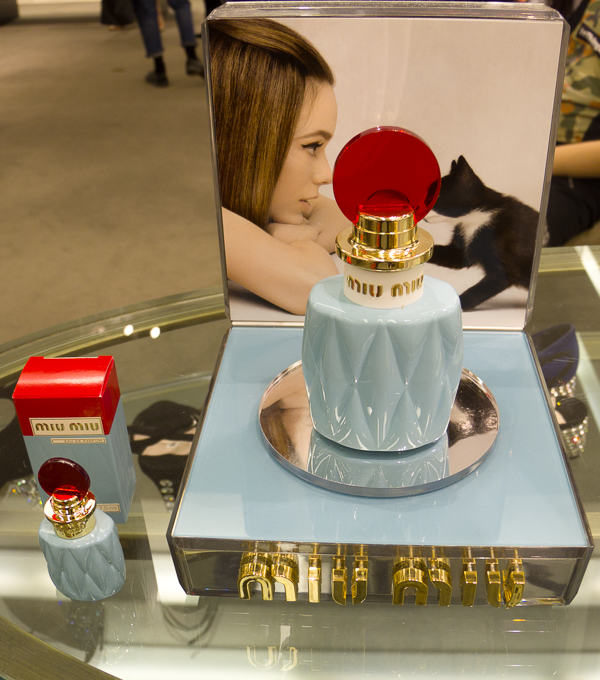 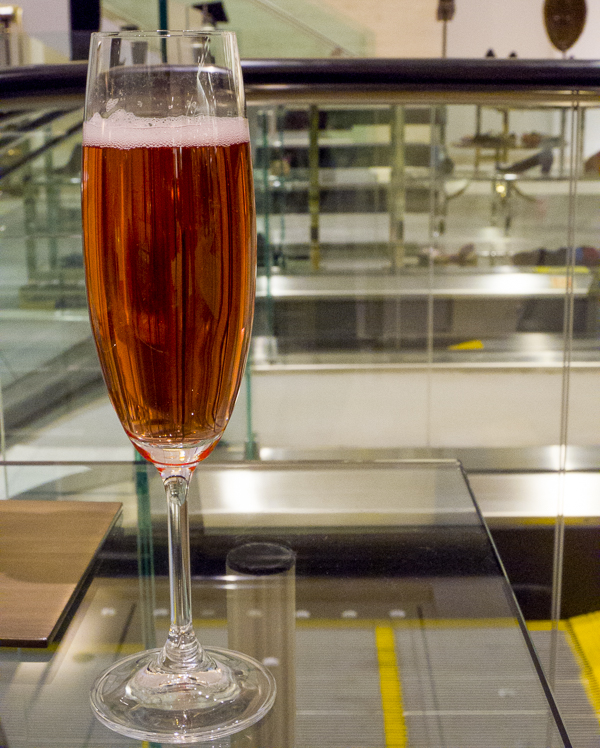 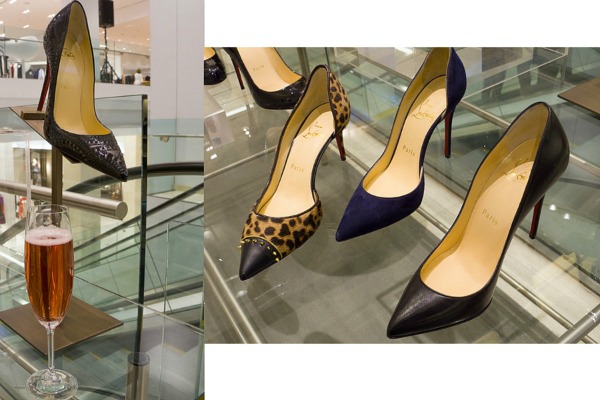 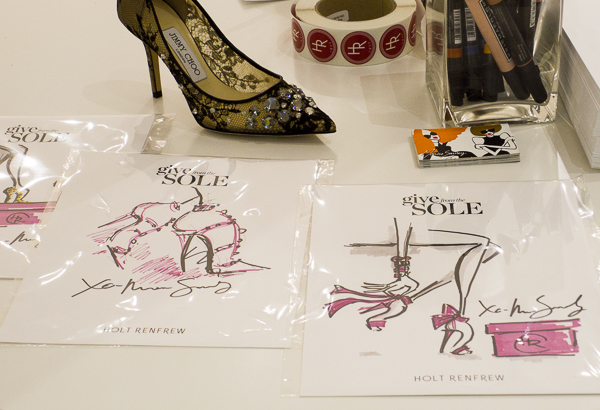 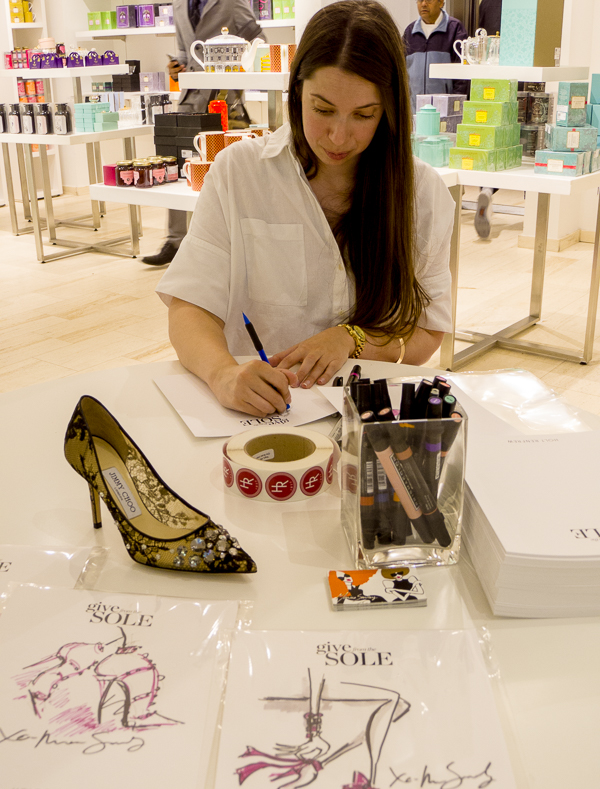 I had an amazing time looking around the Holt Renfrew store on Bloor Street in Toronto, seeing all the shoes on display from Manolo’s to Louboutin’s, from Jimmy Choo’s to Prada pumps. The customers in the store looked so pleased with their purchases, while sipping on a mocktail and eating a custom made cupcake for the event. There was a station where we got our own personal sketch made for us on the spot. Linda and I are holding it in the photos below. Can you guess which one is me and which one is her? 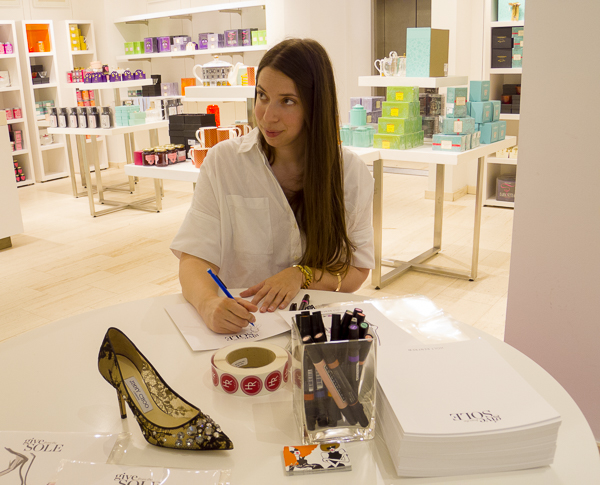 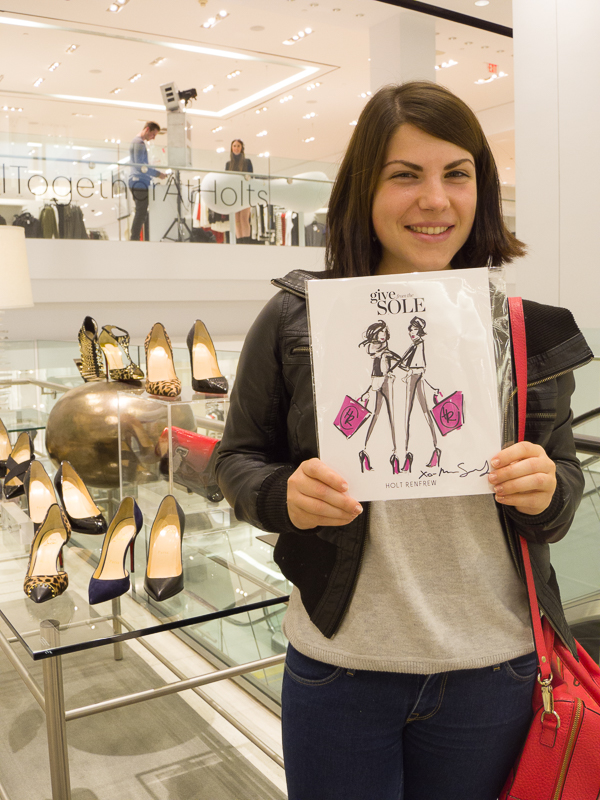 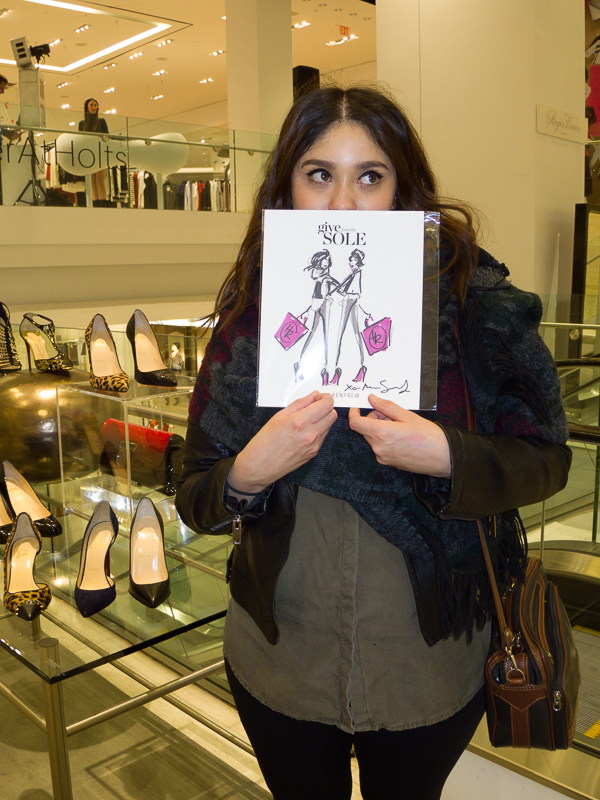 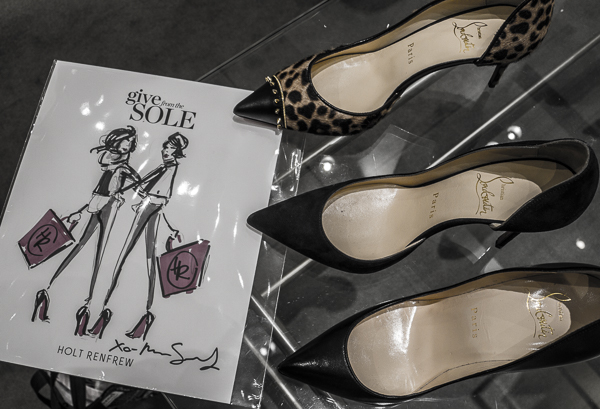 10% of all the women’s footwear sales from the event was donated to charity.