It’s easy to start up a website, the difficult part is to keep it running.

Jodi Goodfellow, a full-time high school Art teacher and founder of Startup Fashion Week,  knows how time consuming an up-and-coming tech business can be. Add a pinch of fashion business to it, a dash of  networking and marketing skills, mix it in with some bravery and there you have it, the perfect recipe for success.

“One of the things that I did that was really successful as an entrepreneur in this community was to get out and network at a lot of events. Startup events, tech events, as well as fashion events.” said Goodfellow. “So I started to build up a lot of networks and then I started to host my own events to really get awareness out there for my startup in particular, but what I noticed was that even more meaningful than that was the connection I made.”

Startup Fashion Week 2015 is a five-day-event which showcases and educates aspiring entrepreneurs in the fields of fashion, business and technology. Founded just last year, in 2014, it has been gaining more and more relevance.

“I decided to turn all the networks and the knowledge I had gained over the last couple of years in something that would support startups like myself who were struggling,” Goodfellow said. “I kept thinking to myself, ‘it is so frustrating that as a fashion tech entrepreneur there is no place for me at fashion week.’ It just would never happen and it’s such a great opportunity to get exposure from media and from the fashion savvy audience. And so I thought, ‘well, why can’t there be?’ So that’s pretty much how it snowballed in to Startup Fashion Week.”

From Monday, October 5, to Friday, October 9, 2015, SFW will be hosting events in different locations around the city of Toronto, Canada.

And this year the event has grown from a three-day-event to a five-day-conference.

“Our two new events this year are the opening party, which follows the media launch, and our fashion career forum.” She added. “Two other reasons that made me decide to produce the fashion career forum  were: 1. I found so frequently that people that I met in the fashion industry, mostly in design, often complained how exclusive everyone was with their resources and networks. I think it’s such a shame because I am the opposite, I want to share and I want to help people grow and I want to build better business with other people. So I thought it would be a great opportunity to create a forum where to have that kind of exposure to expand your career. And also I just think it’s a great way for people to really understand the fabric of what the fashion industry is all about. It’s not just about design, it’s not just about runway models. That’s only a small part.” 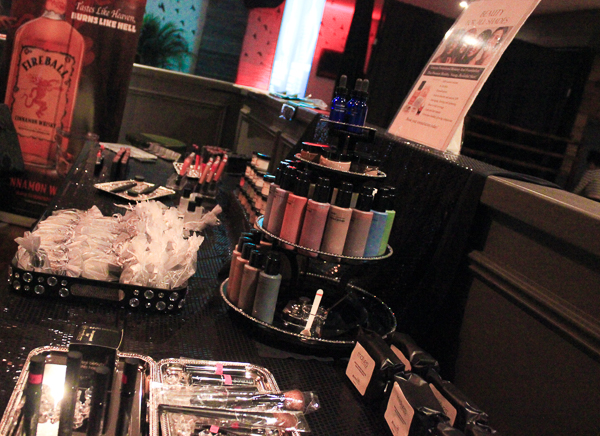 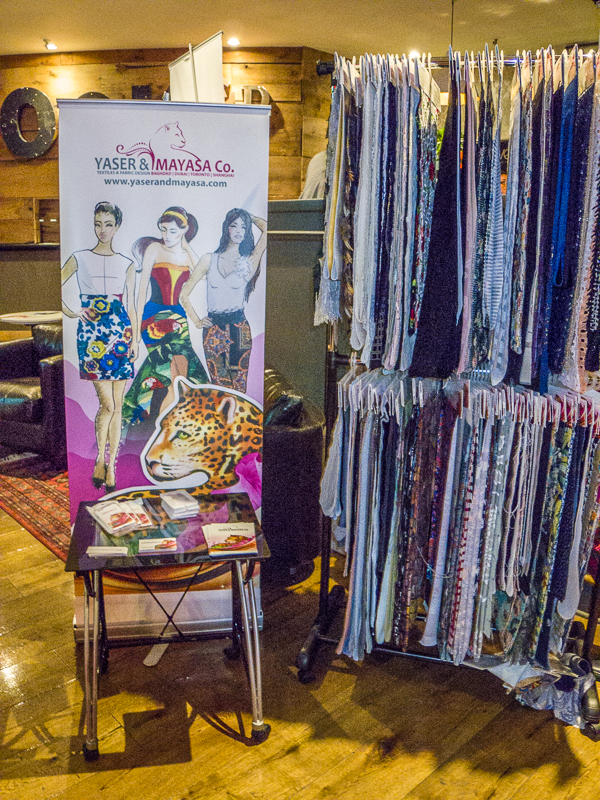 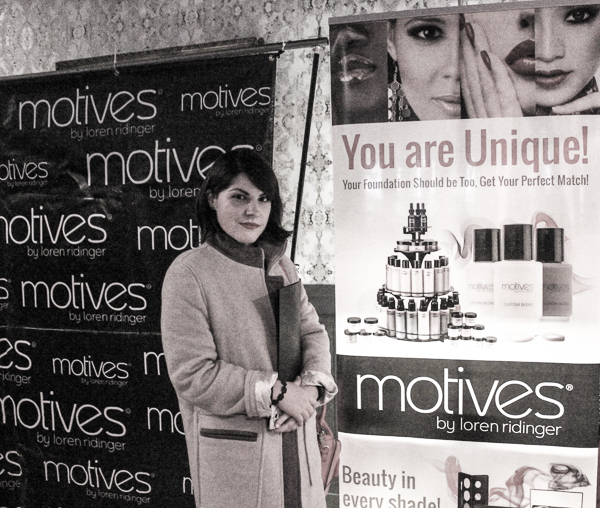 And that is a point Elle Bulger, Social Media Expert for McGregor Socks and hostess of the Fashion Career Forum panel which took place on Wednesday, October 7, 2015, followed up on in our interview on Monday during the opening party of SFW. 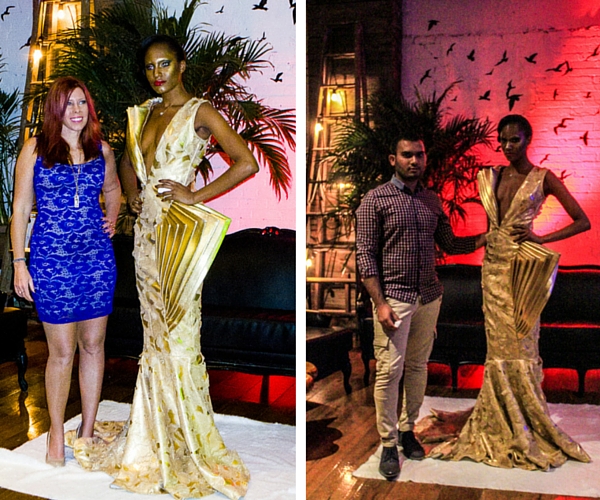 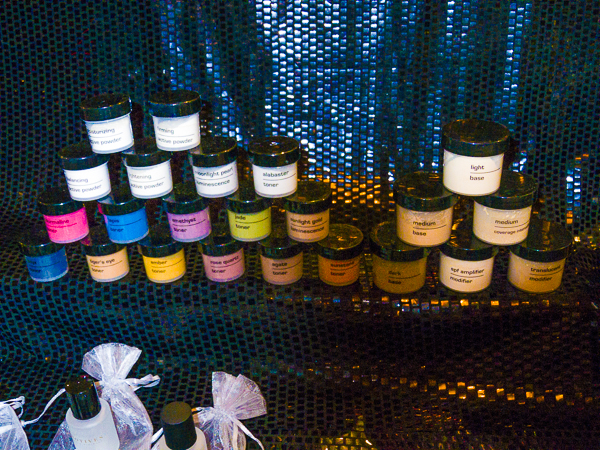 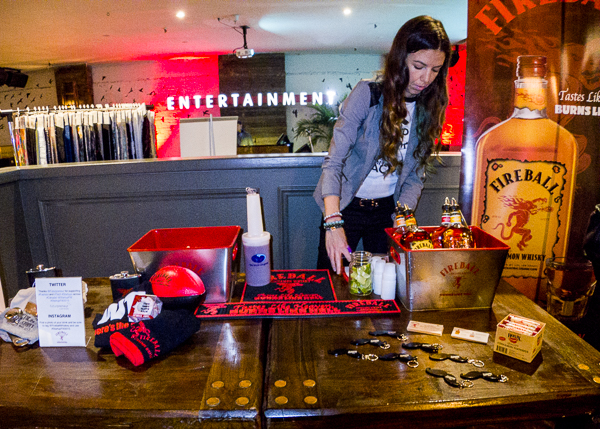 Bulger would describe the fashion industry using two words: ‘cut-throat’ and ‘worth it.’

“Cutthroat because it’s really competitive. There’s a lot of people with big dreams in this industry and there’s not a lot of investments in it so it really is a labour of love,” she says. “And worth it because when you’re doing something that you really love work doesn’t feel like work anymore. It becomes a lifestyle. If you’re entrepreneurial in your fashion endeavours you’re breathing it 24/7  so you better love it.”

As soon as we enter the room of the SFW opening party we are greeted by some lovely ladies and I notice a poster beside the counter which reads ‘#StartupFW2015’ the official hashtag to use on Instagram when sharing photos of the event.

Social Media is an important and probably fundamental part of the amount of success a brand can reach. Elle Bulger thinks you should do some research before you start tweeting away.

“I would say, before you wander on social media, definitely figure out who your competitors are and listen to their social voices. Go online and do some work, do even a map of where they fall in terms of how personal and professional their voices are. What their content is,” Bulger says. “Pin point all of those different competitors on this map and see where the space is for you and see what works with your brand. Do that before you launch yourself on Social Media and then really think about what channels are good for you. So many brands have gone on every social media and the reality is that a product doesn’t really need to invest a lot in Twitter or Pinterest. Choose your social media platforms carefully.”

So at this point, we’re about to finish up the interview, but a question keeps creeping in my mind, I am curious to know, which one off all these Social Media platforms is the best one to use for the fashion industry?

“I would say Instagram is the most current, I would say Facebook is a landing page for all of your social media to connect to,” The Social Media Guru continues. “Be very hesitant of sharing the same content on all of your platforms. Write it specifically. I would generally say switch up the content. Twitter is news related, Facebook is more of a hub for the bigger events, Instagram is a snapshot, a reminder everyday that you’re there and it’s all about imagery.” 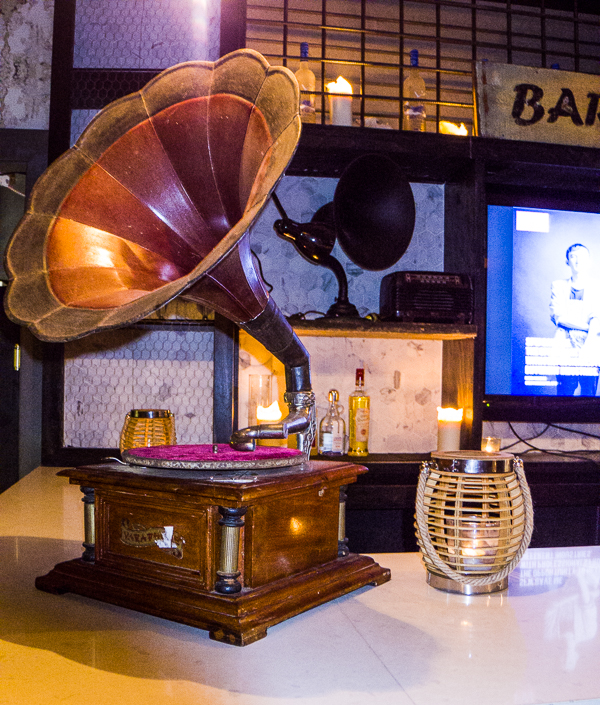 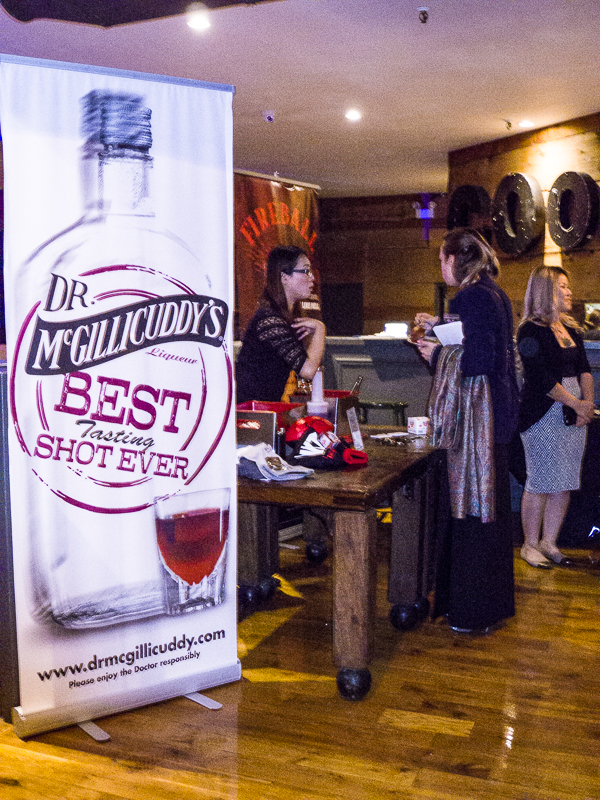 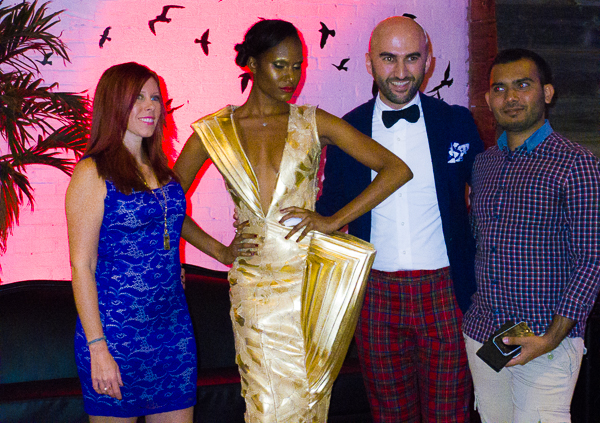 We wrap up the interviews and after meeting a few other interesting personalities of the Toronto fashion scene, and taking some shots with our cameras, we are now ready to head out and into the lit up streets of College Street. 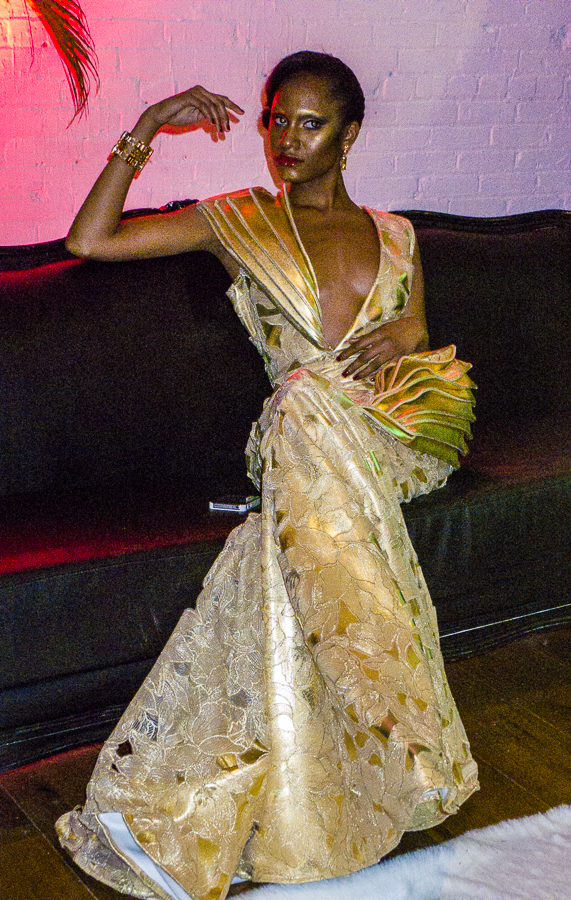 « Thank You All!
How to improve your Social Media Skills as an Influencer »