Halloween is one festivity that has always intrigued me. I got to celebrate my first real Halloween (and by that I mean going from house to house knocking on doors and saying “trick or treat”) in Canada, during my first year of college. It felt a little silly at first because if you think about it, being 19 and still yelling “trick or treat” is a little bit weird, but my friends wanted me to celebrate Halloween like you’re supposed to, so after a couple of times it became just pure fun.

This year I am spending Halloween at home, in Italy, and since I didn’t want to lose the Halloween spirit I had gained in Toronto, my family decided to carve a pumpkin and bake some cupcakes, because it’s always the right time to bake cupcakes, don’t you think? So here you go.

We decided to set up a creepy Halloween scene for the occasion, so you’ll see the pumpkin with a crushed cupcake in its mouth (it’s supposed to be eating it) and some more cupcakes on the table looking like they’re trying to run away from it. I thought it was such a cool idea! Afterall when do you actually get the chance to reenact some creepy scene without looking like a weirdo if not on Halloween? It’s Halloween month!! 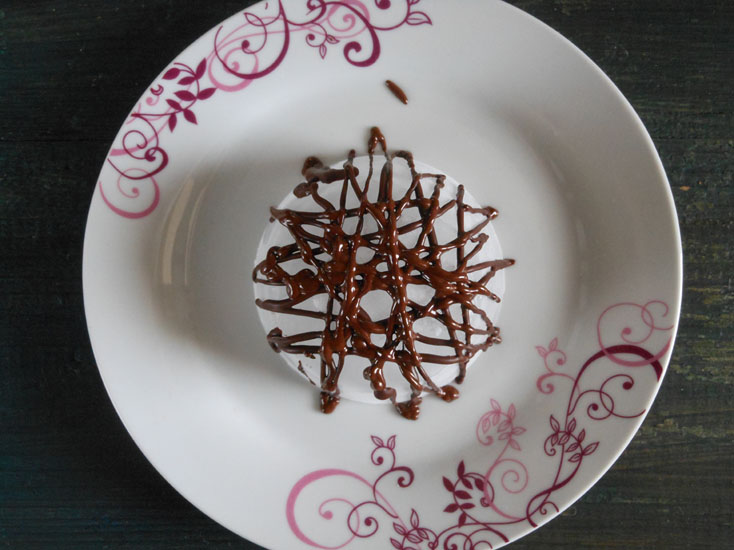 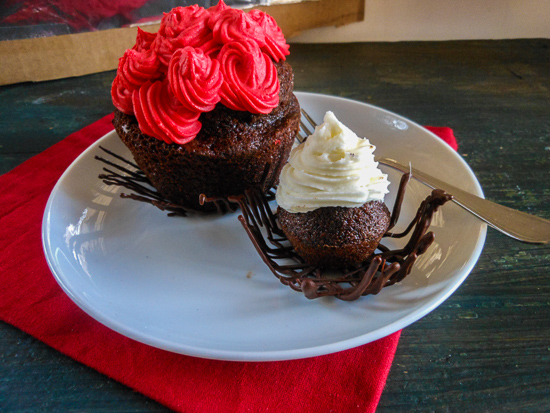 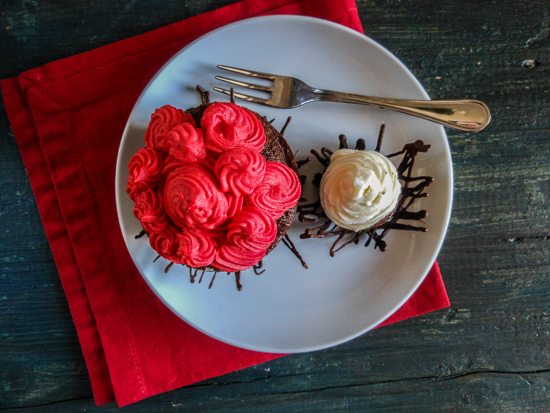 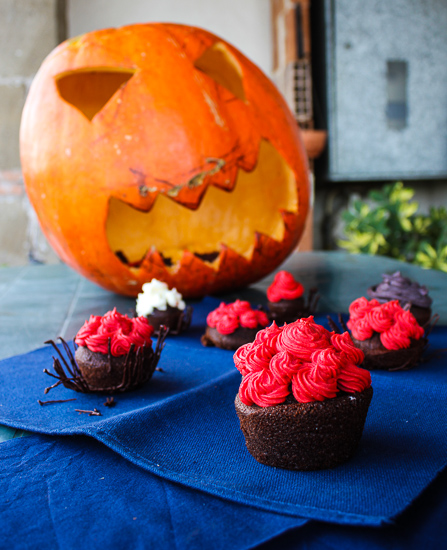 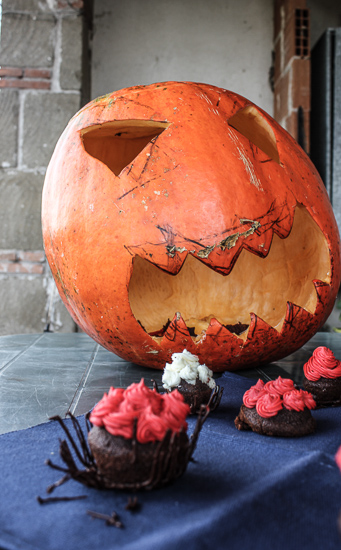 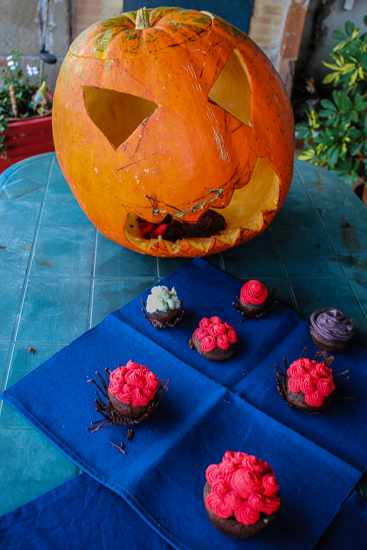 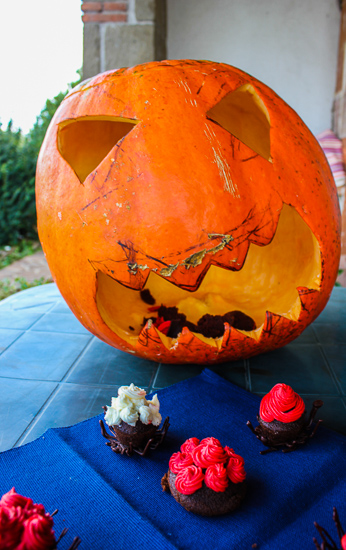