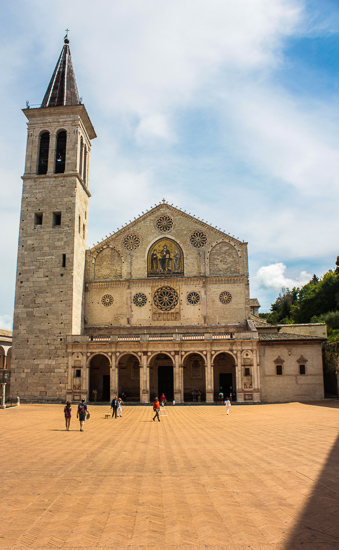 Spoleto is located in the South part of Umbria and just like Gubbio, its known to be a Medieval town. But Spoleto is way older than that. It’s been populated since the Prehistoric era and in 241 b.C. It became an important and faithful Roman colony called Spoletium during the Punic Wars and after the conflict which was a very difficult period for the Romans. From the Renaissance times and on Spoleto went from being a strategic point to a cultural and artistic town.

We can still see the influence of the Romans in the town through some of the most important monuments left us to visit like l’Arco di Druso e Germanico (23 b.C) erected by the local senator in honour of the death of Druso Minore and Germanico, his own son and his adopted son and nephew, the Roman Theatre (I a.C.) and La casa Romana (the Roman House) which is fortunately still open to the public.

I was lucky enough to visit this town for a day while spending an entire weekend in Umbria, and I have to say, at first I wasn’t to eager to go here, I wanted to go see Perugia instead, but when we decided to skip the city for an old town and I got to see its beautiful buildings from the car, I couldn’t wait to get out, start walking around and snapping pictures here and there. What really made me love this place is the fact that just like in Gubbio you can really feel like you’re breathing culture and everything, from the stones on the ground to the single houses feel like they are drenched of art and the smell of history.

I even saw a marble plate stuck to a wall which reminded the visitors and the people of the town that even the famous Italian poet, Giacomo Leopardi, stayed in Spoleto for a while. So many artists and writers fell in love with this beautiful town, amongst them Michelangelo and Goethe during one of his trips.

I spent a great time walking around and taking everything in while I was there, I love how the town is all uphill and it ends with the majestic sight of this beautiful building: La Rocca Albornoziana, located on the hill of St.Elia.

So I suggest, if you ever get the chance to come to Italy and particularly in Umbria, go visit Spoleto. I’m telling you, it’s worth the trip! 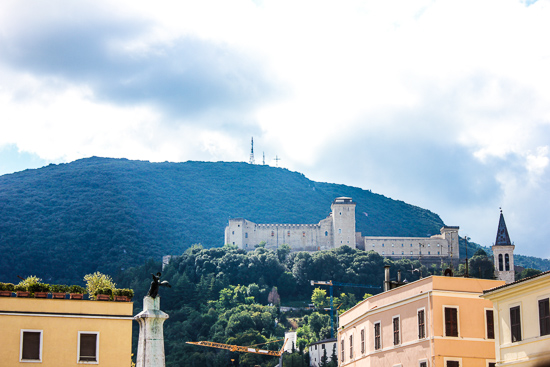 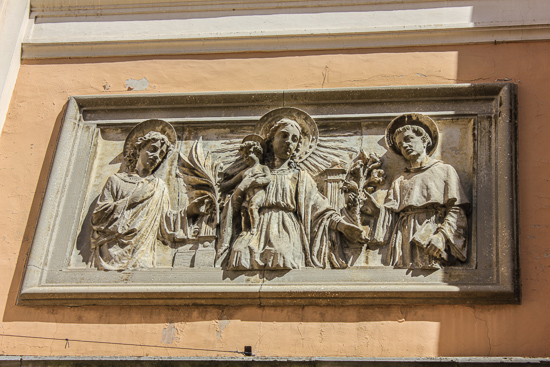 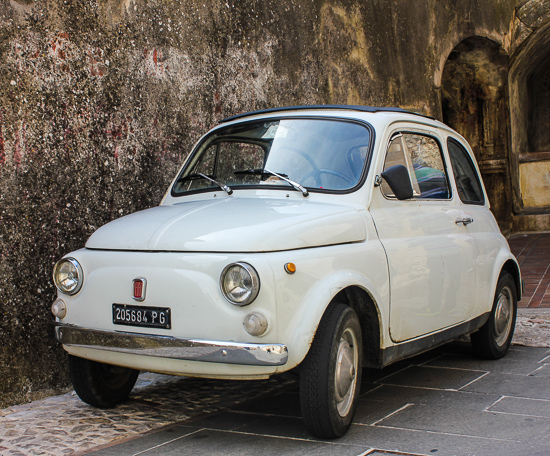 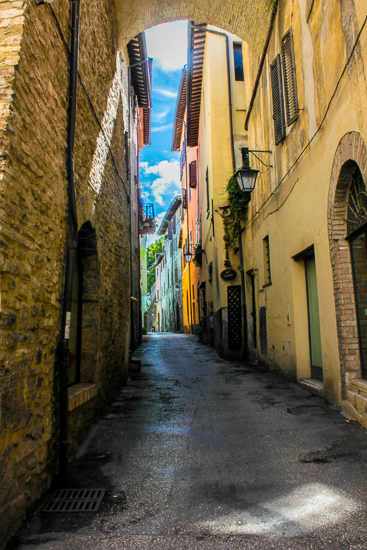 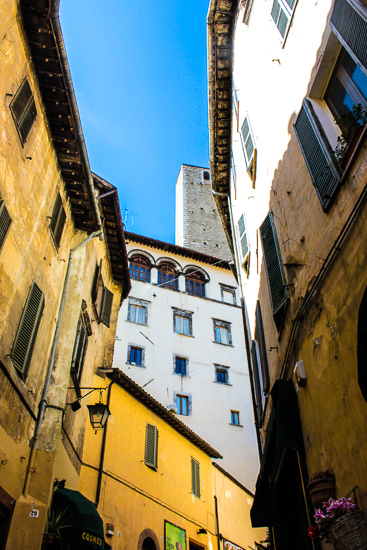 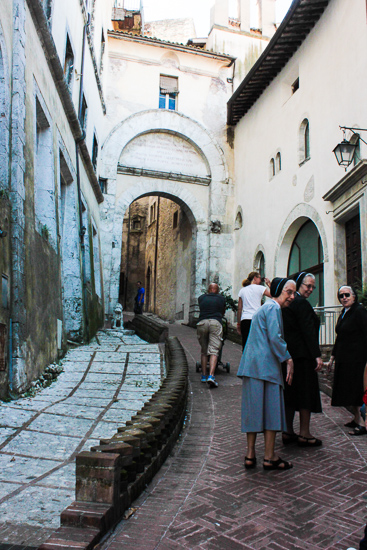 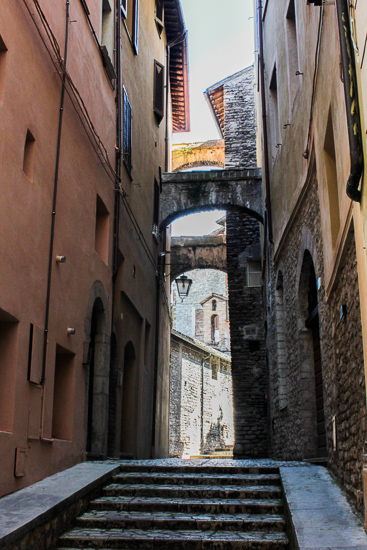 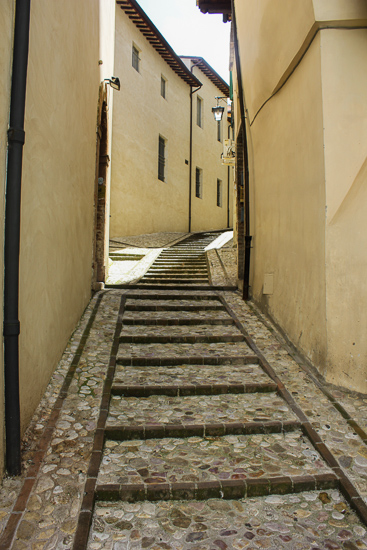 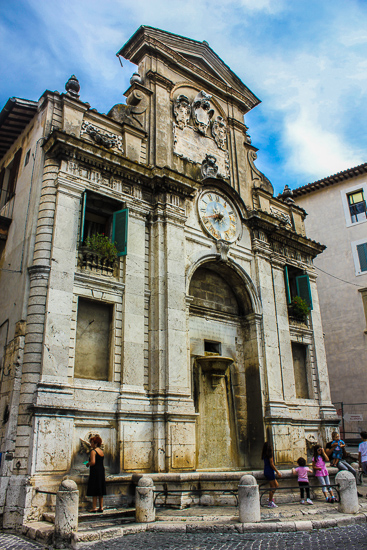 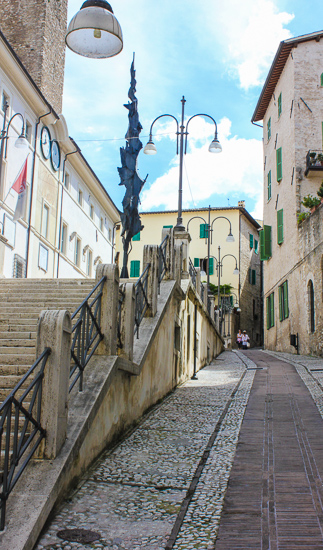 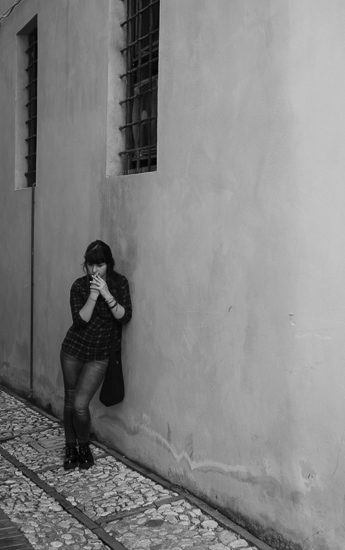 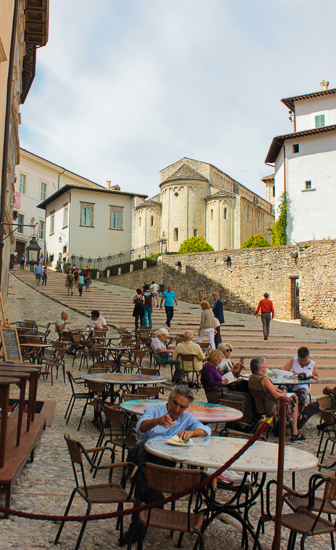 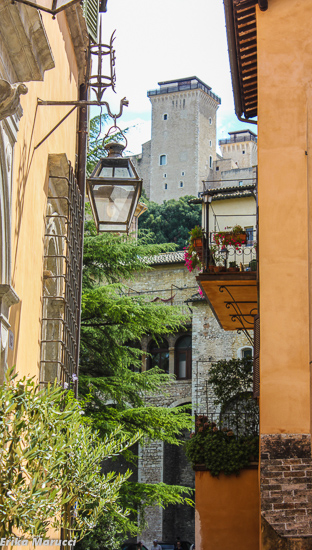